We met one summer while working in England. We were both from different countries but we decided to go to live in London together after the summer. I went there first. During the time we were apart we were talking every day. I knew that he was scared of new life, in new country, but he said that because of me he will try and he will come. We knew that if we don't start living at least in one country it will be impossible to stay together. So he bought a ticket to London, we were counting the days together, and the day before the flight I received a sms telling me that he's sorry but he cannot come. 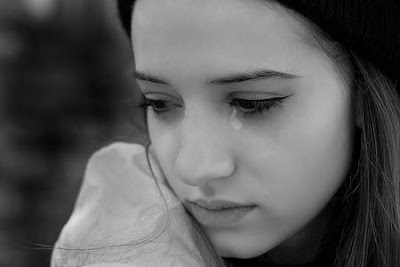 We didn't talk after this because he disappeared and after a month he was engaged with another girl, a girl from his country. I am sure he was with her before but I don't understand how he can lie to me like this.It hurts.We saw each other next summer and he tried to come back to me. First he didn't talk with me. He was trying to avoid me, because he thought that I hate him, which I had reason to do but I couldn't. I made the first step and I talked with him because I needed some explanation. Well,I didn't received it. I knew about the girl and I felt really guilty because I still had feelings for him. We spent wonderful week just walking together and talking. It was even nicer than the previous year together. But it was forbidden. One day he told me "here is one more reason to hate me" that his girlfriend will come there. He said that he knows it will be hard for me and he knows that I hate him but even then I didn't hate him.

The girl came. We stopped seeing each other,but he always found a way to talk with me without her knowing. He said that he loves both of us but she is the easier choice. His parents like her,they will get married, so I just have to give up. The last day before I go home, he kissed me in front of everybody, with the risk that she may see us and he said that he doesn't believe it is the last time we see each other, maybe somewhere some time we will meet again. I know that with time I will forget him, I need new relationship, but I have problems with trusting people. I want to remain at least friend with him but it is impossible, it will always be something more.

For the good of his family,his girlfriend and him,I deleted him from everywhere and I leave him live his life. Now I am trying to do the same. Thank you for reading my story. I just needed to share my feelings.